skip to main | skip to sidebar

My Own "Battle of Angels"

I find it most fitting that I am writing this early in the predawn hour of Sunday morning.  I am up early despite the "Maker" leaving its "Mark" on me last night because an image has not left me since Friday afternoon.  Another angel has visited me and left a mark of her own. I have told the story of my birth into the world of theatre many times.  I saw a picture in the newspaper of an angel descending over the bed of an AIDS stricken man as "Angels In America: Millennium Approaches" had won a TONY the night before.  This angel has led my way for the past twenty years; Twenty years that have included my writing over fifty plays that have now had over thirty productions and led to the concept and building of not on my theatre company (South Camden Theatre Company) but our actual physical home of the Waterfront South Theatre in Camden, NJ. It has been twenty years of hard work, inspiration, wild successes and some disappointment, as I am still waiting for my writing alone to carry me to the next chapter of my financial life.  But now....back to Friday.  Here in Provincetown where I am watching the dawn rise in a mix of light blue and orange sky as I write this, I saw another angel.  This angel was not written by Tony Kushner but by Tennessee Williams, a writer that I am quite honestly obsessed with and was a character in his play "The Milk Train Doesn't Stop Here Anymore".  I, frankly, did not know what to expect in this play or production brought here from South Africa so, on Friday when I sat in my front row seat and watched as two shirtless young men stood at either side of the stage looking towards each other in complete concentration and a huge, oversized photo of Mrs Goforth gazed at us from stage right. The play began and, as some of TW's later plays do, started on a front that made me unaware where I was or who the characters were.  Then though, the majestic visitation began and for the next two hours I was transfixed...taken to another place that one can only be led to by a master poet and playwright.  "Chris" the angel of death in this play was leading Mrs Goforth to the other side...allowing her to "go forth" from a life of opulence and ...ultimately...loneliness. Tennessee wrote this play around the time of the death of the love of his life Frank Merlo and you can feel Frank's and Tennessee's own obsession of death in his every word. When the play ended and the crate which had been used for a bed for this angel had now become Mrs Goforth's coffin.....I felt that same shift inside of me that I felt almost twenty years ago watching "Angels".  An angel had re-visited me an left a "Maker's mark" of it's own.  A mark that will begin the next journey of carrying me to the new stage in whatever amount of years I have left until...once again...the angel of death  will visit me.  But this time...not on stage. I wanted to sleep more today but...this voice kept calling and calling me. 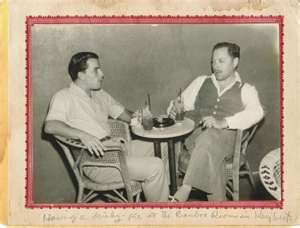 The voice to write.  One that I have been blessed in hearing for almost two decades and...thanks to TW and this play...is moving me to another place.  The sky is turning brighter now...the sun is almost breaking through the horizon.  And now...I feel that I am also.
Posted by Joseph M. Paprzycki at 6:03 AM No comments:

"Awake and Sing"-ing in Camden starting this Friday 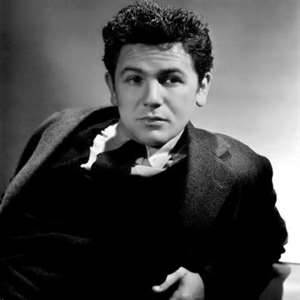 I have been reading a lot oabout the original production of this classic Clifford Odets play which opened on Broadway in 1935.  Directed by Harold Clurman and featuring John Garfield [pictured here], Stella Adler and Sanford Meisner this play brough the work of the Group Theatre to a larger audience.  The Group Theatre was not afraid to show the truth of the time of its creation.  Their plays were gritty and raw..with reality on stage being their prime focus.  Their work led to most of them being summoned by Sen Joseph McCarthy during the  House Un-American Activities Committee hearings in the 1950's.  Truth..you see..is very scary to some people and artists who are brave enough to tell the truth were considered Un-American and dangerous.  SCTC is honored to bring the work of Clifford Odets and the Group Theatre to you in Waterfront South where we shine a bright light through the darkness of  our own troubled city every day.  The spirit of the Group Theatre is alive here..and I welcome you to join us.  We will continue to bring you work you can't see anywhere else in the hope that you will help rebuild our new truth in Camden.  Come with us on our journey.
Posted by Joseph M. Paprzycki at 7:18 AM 1 comment: 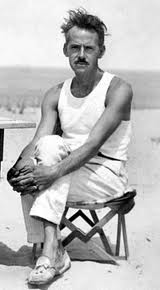 When 2 time TONY award winner Brian Dennehy honored us last year with an interview onstage at SCTC I asked him what it took for an actor to play in an O'Neill play.  His answer, to paraphrase, was " You need to leave your heart, emotion, laughter and tears onstage.  You need to give him everything". I conveyed this to my cast for "Exorcism" two weeks ago as our play was taking shape.  After last night's dress rehearsal it proved that they are great students of Mr. Dennehy. As a playwright, directing O'Neill is always something that can lead to dark places.  His work is so honest and personal that, if you are brave enough to dig deep inside his words, he will lead you to your own personal darkness through his own.  He shows you the "secret" as he later wrote about in "Long Day's Journey Into Night" and, as he wrote, that your "seeing the secret..ARE the secret". The humor in this dark play is also honest and comes from a place of alcoholic pain and mask wearing. This play is genuinely very funny which, I think, might surprise some. "Exorcism - a Play in One Act" is a deep, pointed look into a young man's genius...and pain. I am honored to travel this road with the master and to have such an incredible cast of gifted actors to share this path with me. I hope to see you this weekend at SCTC.  I hope Brian would approve.
Posted by Joseph M. Paprzycki at 7:20 AM 1 comment: 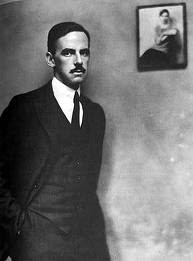 Rehearsing an O'Neill play comes with the knowledge that if you are brave enough to emotionally enter his world, it will stay with you long after you leave the theatre.  His newly discovered "Exorcism - A Play in One Act" is no exception.  This one act play, the story of his own failed suicide attempt was thought to be lost as O'Neill had destroyed all copies after two performances in 1920.  Thankfully, one was discovered in 2010 and SCTC is proud to be only the 5th company to ever produce it that we know. With the drama, though, also come serious laughs brought to you by the denizens of the flop house the play is set in back in 1915.  The cast is superb as I handpicked the actors from men I have worked with many times over the years except for one, who's first onstage appearance will be next Friday at SCTC.  So..I am now home and emotionally worn out as O'Neill's work will do IF...you leave all of your your heart, soul and emotion on the stage..which..these actors do every day.  There are FOUR shows only Friday and Saturday January 18th and 19th at 8PM and Saturday and Sunday the 19th at 2PM. Sunday is already about 3/4 sold so please do not wait.  www.southcamdentheatre.org for tickets.
Posted by Joseph M. Paprzycki at 3:03 PM No comments:

"2 try to walk out on Joe Paprzycki's INDOOR PICNIC

Held in the Grasp of Ghosts

Flying to Boston this morning on a clear blue day, looking out of my aisle seat number 14 window out to my right…the blinding glare of the rising sun had just begun to pass over the top of us when I looked down…to see that the curving coastline of Cape Cod was unfurling out below me.  I craned my neck as the miles passed by tens and twenties over the my bemused window seat compatriot when as I jockeyed to look more ahead..I could finally see the hook and hook of the tip.  This is the part of the cape…the furthest from Boston…..that protects Provincetown.  And…as I looked down from 26,000 feet, watching the fist of Massachusetts protecting this former Portuguese fisherman’s village…I had my epiphany.  …the reason I return over and over again to this place…the reason for the quest….the reason I need to be here.  Because…I realized that not only was that fist protecting Provincetown but….it was also there to protect me.  Protect me and the countless writers and artists and poets who also…NEED…to be here.  Here…I have my protection.  Here…I can write what I need to write with the ghost of artist and writers past standing hand in hand on the rocks protecting me….and…all of the other current residents of this sphere who find this tiny town a respite… and…an Eden.  It finally hit me……26,000 feet in the clear blue fall sky….and all from aisle seat number 14.


In the years ahead…I will be one of those hand in hand on those same rocks…holding hands with the writers and artists of the past as we protect the creators of the future….carrying this sacred place forward through time and space.


As O’Neill  [One of the writers on the rocks] said in his masterpiece “Long Day’s Journey Into Night”…”the moment of ecstatic freedom” . It is now something that I can call my own.  Call my own now…as I am speeding on a ferry from Boston……now only miles from my own personal Mecca.

I have found my place.
Posted by Joseph M. Paprzycki at 3:02 PM No comments: 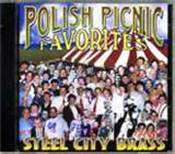 Very sad news today as the final Polish Picnic in southern NJ scheduled for this Sunday was cancelled due to expenses and diminished crowds. My play "Indoor Picnic", opening on October 26th at SCTC tells such a similar tale.  A story of old traditions being left behind as our cities and neighborhoods change. A story of people, still living in the past grapple with the change all around them as their city becomes a different place with new people and problems.  A story filled with old world music and celebrations that are now disappearing as a new, more dangerous city rises, as seen through the eyes of a few residents.  Their story is told through laughter and tears; the essence of life itself.  The  Polish Picnic ending at this particular time is an eerie reminder to all of us that change is always around and, how we adapt or do not adapt to it, can be triumphant or tragic.  Please get your tickets for this three week run at www.southcamdentheatre.org.  Come grow with us at our home in Waterfront south.
Posted by Joseph M. Paprzycki at 8:19 AM No comments:

Listen to the Studio 360 report on SCTC